For the past four decades, Hans Peter Smit has been a fixture figure of DLSU and other La Salle schools through his prominent contributions particularly in the football program of the university. Aside from coaching, he has also served various positions in different La Salle schools in the country.

More than just football, the 62-year old mentor has also given his ample knowledge to improve the Lasallian sports community as a whole. As the athletic director of De La Salle Santiago Zobel then, Smit has a huge part in coming up with certain standards for the institution’s sports endeavors.

Football is not Smit’s first game. He admitted starting to play basketball in his early years but at some twist of fate, he was led to the world of football where he became one of the brightest spots of the sport in the country.

During Smit’s elementary days, he fondly remembers how he loved to jump. Being able to dunk the ball at 5-foot-8 then, he thought basketball is not challenging enough for him that he searched for another sport. Since his family is inclined to the world of Football, the longtime DLSU Football head coach gave it a try.

“I wanted it more so since my family together with my Dad, all play, I joined them with football,” Smit recalled when he started football at age 12.

Being originally recruited by UP for its basketball varsity team as Smit remembered his do-it-all stats in the court, he opted to suit up for the football team where his brothers are playing. And from that point on, a legacy for football began.

As a player, as a coach, and in any capacity, he has served, Smit has fought through a lot of battles and experienced to be both a loser and a winner. But believe it or not, Smit does not value his trophies but instead, he values the lessons learned in every defeat.

When you ask him how many championships he won, he honestly does not know. It’s not because that he could not count it because of numerous victories but simply because he really does not want to count it.

“Trivial things is not important to me that’s why I don’t know how many championships I’ve won for La Salle, or like (DLS) Zobel or for the Philippines as well,” shared Smit with full sincerity on how he does not want to keep track on his victories.

“I’m too brutally frank and honest so what people want from me, they get it straight (and) not what they read in the papers,” described Hans Smit on he is. 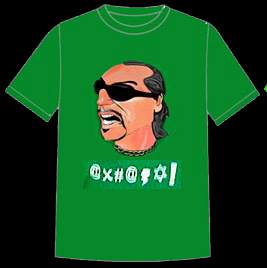 Truly, Smit is one of the few who choose to stand on a different platform. You may hear him curse his players a lot but as for him, he just wants to get things straight to the point. Smit does not want those flowery words to state things. If you do not know him, you may be shocked at how he deals with things. Putting it into perspective, it could be seen how Smit has his own ideals and principles that could not be changed just because of different circumstances.

“I’m different, I’m alone,” quipped Smit on how he thinks he is.

More than just the Lasallian community, the Indonesia-born football figure has also given much to the country’s sports program as well. He has served various spots in the Philippine Football Federation aside from his chores in DLSU and DLSZ.

He has served as a coach in various national team contingents and tried to be match commissioner in different football competitions all around the country. Though not a Filipino by paper (until recently), Smit has the heart of a Filipino.

Several years ago, Zobelista Senators Pia Cayetano and Alan Peter Cayetano, filed a bill in the Senate to lay the groundwork “granting Filipino citizen to Hans Peter Smit for his exemplary contributions to Philippine Football”. This Act was introduced in the lower house of Congress by Hon. Rodolfo T. Albano III and Hon. Lino S. Cayetano.

A coach of life

Starting teaching what he loves at age 21, (the youngest football coach in the history of Philippine Football) Smit has trained numerous athletes under his wings. He is credited for starting the Varsity Football program for De La Salle Santiago Zobel School (DLSZ) in Alabang. He believes in not focusing much on the technology of the sport but instead teaching his players what life really is.

“I treat my players and I keep them like my own kids not like robots, I hate robots. This is sort of growing up,” shared Smit as he adds that he is ‘A coach of life’.

Just recently, Smit propelled the DLSU Men’s Football team to the Finals once more after a 10-year absence. More than just being a coach of life, Smit truly has what it takes to build a winner out of a team. He based his coaching principles on his own life principles that could prepare his players for the real world.

“Every single mistake that they do, one simple word mistake that they say, I correct it. That’s me. That’s why I want them to be some sort of perfect, which is impossible. But something to be perfect you know, that’s how to teach them how to learn, cause when I was growing up I did not just accept what the teachers or the coaches trying to do, I try to analyze,” shared Smit while also citing that he tries to get a background of each of his players to know how to deal with them.

Winning is a given thing for coaching as for Smit but what he values more are not the championships he could win with his players but instead how they would face the real world after football – this is how Hans Smit coaches.

Last April 24, 2015, Hans Smit was finally named as a member of the Lasallian hall of fame in the field of football.

While many feel that this is “long overdue”, Smit considers the award to be too early for him despite his 40-year of service for the Lasallian sports community.

“It’s a good thing that I’m being acknowledged for something that I’ve done but it never interests me, it never crossed my mind that this will happen, to be awarded agad. To be recognized as such, it’s a very big honor considering the company I have.” quipped Smit stating how he humbly accepts it and how honored he is to be lined up with names who are known in Southeast Asia.

Being part of the La Salle Sports Hall of Fame, retirement may cross the minds of people following Smit’s career but not in Smit’s mind as he ends, “ I don’t see myself retiring in years to come I don’t know. As long as I can still stand up, I can still walk, I can still pick a ball, I can still teach, I will still coach.”

What they say about Hans Smit.

“Hans is one of the most respectful people I know. He treats people as persons. This was once again confirmed when on one occasion, in one of my classes at DLSU many years ago, I was talking informally to some students in a huddle, when the topic of the girls’ varsity football team came up. Up until then, I did not know that one of them was on the team. She did not know either that Hans was my friend. What she then said of Hans made me so proud of him as my batch mate: for all that gruff exterior, the girls on that team respected him as a father and had the highest respect for him as a professional coach, mentor, occasional counselor, and very caring guardian. He was definitely admired by many young people whose lives he touched through the years.” — Br. Mawel Pajarillo  FSC – President, De La Salle Bacolod and LSGH 77 batchmate

“He’s a tough cookie on the outside but very compassionate on the inside. Hans is a dependable friend to all and a passionate coach and mentor to all athletes. He may be rough on the outside but La Salle is all the better because he is around” – Edwin C. Reyes, Executive Director DLSU Advancement and Alumni Affairs Office

“Coach Hans Smit is the type of coach who will break you but will make you the best person you can be both in and out of the team” – Gio Diamante, DLSU Men’s Football Team Captain UAAP Season 75,76 and 77

“Coach Hans will always bring out the best in his players and teaches us to never give up and chase our dreams because he himself never gives up on each and every one of us. That is when we realized that Coach Hans is composed of three personalities… he is our friend, our coach, and our father. We are very proud of him. Forever HPS babies” – Meryll Ledesma, DLSU Womens’ Football Team Captain UAAP Season 77

“Long hair, tattoos, and a heavy smoker. Probably the complete opposite of what you might think a football coach would be. His anger and constant shouting is misunderstood for his passion for the game and his desire to win. He is not only a coach but a friend, a mentor, and your second father. He pushes you to your limits so you can be the best you can be” – Matt Nierras – DLSU Men’s Football Team Captain UAAP Season 77